Our monthly economic review is intended to provide background to recent developments in investment markets as well as to give an indication of how some key issues could impact in the future.

It is not intended that individual investment decisions should be taken based on this information; we are always ready to discuss your individual requirements. We hope you will find this review to be of interest.

DIVERSE MONETARY POLICIES ACROSS THE POND

In response to the latest analysis highlighting stronger economic growth and rising employment, the US Federal Reserve decided to hike its interest rates in December by 0.25 percentage points to a range of 0.50% and 0.75% for only the second time in a decade. Here in the UK the Bank of England’s Monetary Policy Committee (MPC) decided to once again hold the UK’s main interest rate at its historically low level of 0.25%. 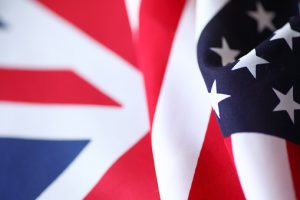 Contrary opinions across the pond

The MPC went on to emphasise that their next interest rate move could be in either direction, as it predicted a “slightly lower path” for inflation even though they still expect the economy to overshoot their 2% target level in 2017.

The MPC’s spokesperson was quoted as saying: “All else equal, this would result in a slightly lower path for inflation than envisaged in the November Inflation Report, though it is still likely to overshoot the target later in 2017 and through 2018.”

The Bank of England (BoE) also stated that it is making no changes to its current bond buying programme, introduced after the Brexit referendum result in an attempt to stimulate the UK economy.

This monetary easing programme, sometimes dubbed ‘money printing’, created to pump-prime the UK economy, has resulted in the BoE buying and holding £435 billion of UK government bonds (gilts) and over £10 billion of corporate debt.

It is interesting to note that the Office for National Statistics (ONS) also announced late in December that wage growth in the country has risen slightly to 2.5%.

The MPC did add a cautionary caveat to its analysis, saying: “The global outlook has become more fragile, with risks in China, the euro area and some emerging markets, and an increase in policy uncertainty.”

Figures from the Office for National Statistics (ONS) indicate that UK government borrowing figures fell in November to £12.6 billion, down £0.6 billion from the previous November. The fall in borrowing was less than many economists had predicted, a recent poll predicted a reduction in the monthly borrowing figure to £11.6 billion.

This figure was down from the previous financial year as governmental borrowing from April to November, excluding the state-owned banks, fell by £7.7 billion to £59.5 billion.

Despite the unexpected reduction in November borrowing, most economists believe that the government is still on target to meet its revised overall deficit forecast, as set out in the new Chancellor of the Exchequer Philip Hammond’s November Autumn Statement to parliament. In this

he revised upwards the previous Chancellor George Osborne’s forecast of £55.5 billion, to £68.2 billion.

Reflecting on these figures, Public Sector Director at the Institute of Chartered Accountants in England and Wales (ICAEW), Ross Campbell, was quoted as saying that these figures showed: “The vital need for stronger financial management expertise at the heart of government.”

He went on to add: “His [the chancellor’s] promise to supply more funding for infrastructure projects across the country has the potential to inject some much-needed confidence into the UK, however these projects can only be successfully delivered if he is supported by a strong team that has the right mix of professional, financial and commercial skills.”

The FTSE100 continued to improve on its post-Brexit-vote boost, reaching several all-time highs in the month and even finished with a festive flourish, to close the year out at 7,142.83, for a daily gain of 22.57 points, a monthly rise of 5.29% and an impressive 14.4% movement over the year – the highest annual rise of any European index. To put this overall recovery in perspective, the index had an intraday low at one point in February, at the height of the New Year sell off, of 5,499.51 – 1,643 points lower.

Across the pond, the American markets continued their so-called ‘Trump Bump’ in hopeful anticipation of the President Elect’s reflationary economic stimulus package and infrastructure spending spree, so the Dow Jones index had a stellar month. At one point in mid-December ‘The big board’ constituents had hit a consecutive six-day all-time high closing rate, culminating on December 20th at 19,974.62, before eventually giving way a little to 19,762.6 at month-end, for a very healthy annual rise of 13.42%. The technology-based NASDAQ index closed the year on 5,383.12, a monthly gain of 1.12%.

The foreign exchanges remained sanguine, with Sterling easing back a shade against the US Dollar to $1.23 and to €1.17 against the Euro, a slight fall of 1.6% and 0.85% respectively. The Greenback itself moved little against the Euro currency to end a fraction up (0.94%) at $1.05.

The oil markets finally digested the intended joint OPEC and other producers’ decision to cut production capacity, so this major commodity rose strongly in the month to close out at $56.82 a barrel, as measured by the Brent Crude benchmark. This represented a gain of no less than 12.58% in the month, which means that ‘black gold’ has risen a massive 52.4% over the year.

In a repeat of last month’s encouraging figures from the Purchasing Managers Index, retail sales, as recorded by the Confederation of British Industry’s Distributive Trades Survey, covering the last week of November and the first weeks of December, which included the now obligatory ‘Black Friday’ event on November 25th, showed robust growth in retail sales figures in the UK. Wholesalers reported their strongest growth in sales volume for one and a half years to December.

The latest official retail sales figures show that volumes rose by 5.9% in November, compared with a year earlier, with many attributing the rise to the popularity of discounts available as a result of ‘Black Friday’ discounting.

Whilst these were very encouraging figures, the Confederation of British Industry (CBI) expects retail sales growth to slow in 2017 as a result of the decline in Sterling, the weaker pound making imports more expensive.

The CBI principal economist, Ben Jones, commented: “It’s encouraging to see retailers reporting another month of healthy sales growth leading up to the festive season, which rounds off a fairly solid quarter.” However he did caution that: “While we still expect to see decent growth in the near term, the pressures on retail activity are likely to increase during 2017, as the impact of Sterling’s depreciation feeds through.

“With higher inflation beginning to weigh on households’ purchasing power, consumption patterns are likely to shift, creating winners and losers across the retail landscape.” 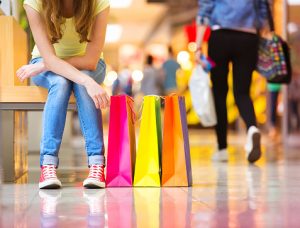 The August-October unemployment figures, recently released by the ONS, show that the number of people in work was little changed from the previous quarter (May to July 2016). The number of unemployed people decreased and those economically inactive increased.

These figures reflect an almost full-employment environment in the UK with 74.4% of people in gainful employment, slightly lower than the joint record high figure of 74.5% recorded in the May-July 2016 figures.

The unemployment rate was 4.8%, which compares favourably with the rate of 5.2% one year earlier. The rate of unemployment has not been this low since the July to September 2005 quarter.

The rate of economically inactive people (not working and not seeking or available to work) aged between 16 and 64 years in the August to October 2016 quarter was 21.7%, higher than the May to July quarter (21.5%) but lower than the 21.9% recorded one year before.